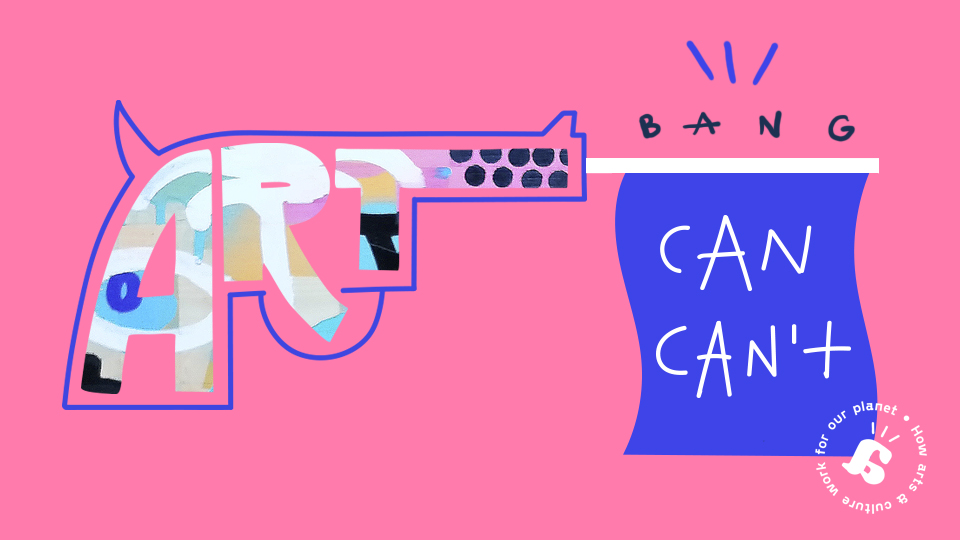 In the first part of this series about the functionalities of art, I have introduced you to the ‘battle’ between the instrumental vs. the intrinsic value of art. It is certainly not a new debate – indeed it all started about 2500 years ago with Plato and Aristotle.

In this second part, you will get to know the remaining four of the seven functionalities that have been attributed to art over the centuries. It will help to give you a better understanding of the opposing positions of what art can vs. can’t do.

Continuing with: the seven functionalities of art

The civilising function of the arts had already been made a subject by Horace, Aristotle and the Renaissance Humanists. Moral teachings – communicated clearly or through hidden meanings ‘in between the lines’ – were used as a guide of good values, virtues and manners.

In the 18th century in France, art with a moral utility and a civic function was perceived to be superior to art that was simply directed to pure aesthetic enjoyment, the divertissement (hardly imaginable, but true). In Germany, Immanuel Kant employed the notion of pleasure resulting from the aesthetic experience of art but only to claim that its ultimate purpose is to spread morals. He declared that simply taking pleasure is not an ‘adequate response’ and that a connection to morality must take place.

To sum it up, the arts were seen as an essential tool for ethical improvement and social guidance.

Aesthetic experience and practical reason are two aspects of the moral.

However during Romanticism – a phenomenon across Europe in the 19th century – art crossed over to the other side of the coin (if you wish). Back then, it criticised the socio-political developments of that time. Subject of the criticism was the progress of industrialization and its negative impacts on the ‘good’ citizen. In times of mass production, the new and shallow stimulations originating from it were made responsible for the ‘mental degradation’ of the masses. Artists were seen as the antidote, as preservers of true human virtues and divine morals; as ‘agents of the revolution for life’.

In this setting, art helped to maintain ‘high Culture’, true character and last but not least social order.

Due to art’s significant impact on the individual and the collective it had also been used as a social engineering tool on the one hand, and a political weapon on the other. The first notion is about the cultural rules that served to create a system of the ‘government of the self’ (can vs. can’t do). It strongly impacted and still does impact public morals and communal behaviour. The latter refers to the ability of art to stimulate emotions through powerful storytelling; a talent which had often enough been misused for political propaganda, too. Especially the convincing imagery of art contributed to the stimulation of national sentiments, beliefs and desires.

The artist (…) ought to contribute powerfully to public instruction … by penetrating the soul … by making a profound impression on the mind.

Of course there was and still is notions of art that counteract its instrumentalization for political aims. For example, when art criticises any domination of socio-political nature and questions the status quo. Consequently, it stimulates alternative ways of thinking and behaving. Especially the performing arts have been attributed the power to influence the population thanks to its nature of bringing people together for a shared experience (yes, we truly miss this in times of Covid-19!).

It is in these and similar cases where the arts play a exceptional role as an agent of social and political change.

The broader meaning of art, namely Culture – defined here as a way of life – does contribute to the construction of an identity. Due to the proximity of ‘how things are done’, it activates a sense of belonging to a certain group. And when you belong to one you automatically differentiate yourself from another.

We have already come across the concept of social differentiation in the section about the civilising power of morals. If you remember (#4) in times of industrialization, the ‘world of art’ and the social circles that belonged to it managed to maintain their high values and virtues. They clearly distinguished themselves from the others that fell victim to the sins of the capitalist system. Different social groups have different social norms and values, behaviours and manners as well as tastes and preferences. Individuals and groups identify themselves using certain classifications and the respective labels.

Like every sort of taste, it [the aesthetic sense] unites and separates. And it distinguishes in an essential way, since taste is the basis of all that one has – people and things – and all that one is for others, whereby one classifies oneself and is classified by others.

Not only French sociologist Pierre Bourdieu (1930-2002) but also other intellectuals before him explored the intricacies and correlation of social status, class and its aesthetic characterization and tastes. It translates into explicit social activities and cultural participation habits respectively.

As a matter of fact, the activities pursued by a certain social group also serves for differentiation. Just think about the many subcultures within a social system that developed out of rejection of and rebellion to existing tastes and preferences, looks and behaviours.

Ideas that highlighted the significance of art for its own sake finally developed in the 18th and 19th century. It was Kant who brought forth the ‘purposiveness without a purpose’ of the arts which you might remember from the first part of this review.

It calls for freedom from any pragmatic function or purpose. Actually, out of the misinterpretation of the Kantanian position (as we remember Kant allied purposeless pleasure to morality) developed many new elaborations on the art’s autonomous sphere. Many are still valid in today’s cultural policy.

It was in Germany where the notion of independency and autonomy of art flourished. German philosophers like Friedrich Schiller (1759-1805) and Friedrich W. J. Schelling (1775-1854) argued for the aesthetic experience being a purpose to itself. This freedom or so-called ‘aesthetic movement’ of the arts was soon to be picked up in England and France.

Art has no end outside itself, for its ‘holiness and purity’ can only be preserved if art is an end in itself.

As a result, beauty and pleasure replaced morality. The pursuit of beauty became the supreme end of the artistic activity. Art’s ‘uselessness’ (meaning without an explicit pragmatic function) even made it a brand and a symbol for higher ethical states of mind. It also served the revolution against the marketization of life by a prospering capitalist system. It is in these times of progressed industrialization where the Bohemian artist was born and with it the subculture and lifestyle of the Bohème.

I personally believe that yes, art is valuable in itself and does not necessarily need to serve an external purpose. It can simply spread pleasure and enjoyment. Einstein developed his best ideas when being at ease, not using his analytical mind – while being in a relaxed state. What difference does a walk make to a visit of a performance or exhibition if the outcome is the same?

If not leading to enlightenment, relaxation and enjoyment of the arts are certainly positively impacting physical and mental well-being.

However, I do strongly support the idea that art puts on the super hero cape and stands up for a higher purpose – IF the intention is honest and authentic. Using the power of art to raise awareness about the climate crisis is noble but only if it does not stem from a trend-following impulse. I believe in the power of art to stimulate a transformation of thought and behaviour patterns.

Art bypasses the analytical and critical mind – the ratio – and communicates on a more subtle and deeper level.

If used in the right way, art which addresses the climate and the environment can create emotional links which reaffirm our values and encourage change. Or at least it make us question old and ‘normal’ behaviour patterns which plants a seed. We don’t know when this seed will blossom and bear fruits but we know that it will happen at one point. In case of the climate crisis, I do hope this happens rather sooner than later.

Source: Belfiore, E. & Bennet, O. (2006). Rethinking the Social Impact of the Arts: a critical-historical review. University of Warwick: Centre for Cultural Policy Studies.
– please note that all quotes are retrieved from this research paper –